TIME TO STOP THE FEARMONGERING AND TELL THE AMERICAN PEOPLE THE TRUTH !

We MUST kill this false narrative - by TRUMP and DeWine and other Governors - that this coronavirus is the most dangerous disease ever known to man! Even if we open businesses, people are not going to go to bars & restaurants, or movies, or sporting events, or retail stores if they THINK they are going to "drop dead in the streets” as Trump said this week would have happened - while he also called this coronavirus flu “a Plague”!  Ohio Governor DeWine said this week that coronavirus is “An invisible Monster lurking out there that will kill you”! No fearmongering there!!! THIS MUST STOP. It is now CLEAR that this coronavirus, while nasty and very contageous, is NO MORE DEADLY than the regular flu! The facts gained from actual tests last week, documented in this Wall Street Journal article and this Tucker Carlson video, are indicating that 99.97% of people who get the coronavirus WILL NOT DIE FROM IT!Watch this video (click image or link) and read the article and PLEASE watch the We the People Convention News & Opinion podcast (click link below) and get others to do so to get the facts. We can not get back to anything normal when people are traumatized with fear. President Trump and Ohio Governor DeWine and other Governors must now stop using the terribly inaccurate "projections" of the past and use the new accurate data being documented.
Then use responsible words that ASSURE the American people that 99.97% of them are NOT in MORTAL DANGER from this virus. So that people will have the confidence to go back to work and to go out to businesses in order to save our nation from a decades long DEPRESSION! We must open for business but we must ALSO have customers!For Liberty,Tom ZawistowskiPresidentWe the People Convention
UPDATE: New Data Suggest the Coronavirus Isn’t as Deadly as We ThoughtStudy finds 50 to 85 times as many infections as known cases—meaning a far lower fatality rate.

CLICK HERE TO SEE THE DATA AND WATCH THE VIDEO!
This Week's WTPC Radio Show/Podcast IS LIVE NOW!News and Opinion you will not hear anywhere else!

You can watch/listen on the radio, on your phone, on your computer, on our website, on YouTube, or on your Roku or Amazon Fire TV from anywhere at any time 24/7/365 with a new show released Every Friday!
Watch RIGHT NOW or ANYTIME! 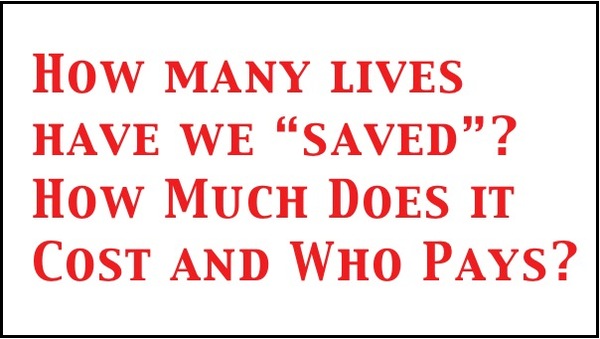 CLICK HERE TO WATCH THE SHORT VIDEO AND GET THE FACTS!
Empty